Flooding: Would more time to react help you?

If you have been affected by flooding you will know how devastating the effects are. Flood waters have the ability to destroy homes and communities, wash away your treasured possessions and wreak havoc on your life. Flooding can happen in a matter of minutes, with whole communities being flooded in as little as an hour, anything that can buy you some extra time can to move your valuables and protect your assets can be a huge advantage.

Stansted Mountfitchet, a small village in Essex, have recently installed 2 early warning devices following severe flooding in 2014 in order to give the local community more time to react.

The floods happened in the middle of the night when nobody was awake to take action. Local businesses were damaged, stock was lost and basements had to be pumped. 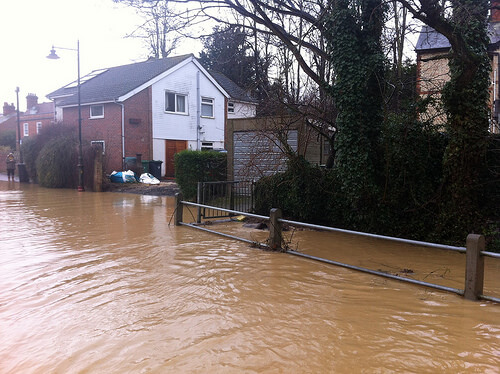 LeveLine-EWS deployment site. Culvert and trash screen were completely submerged in the 2014 floods. 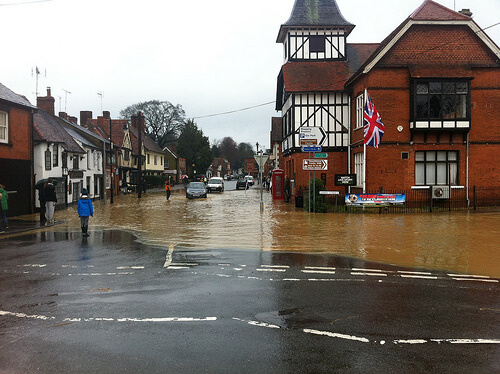 Flood defences came too late to prevent damage as the waters spread down the street. 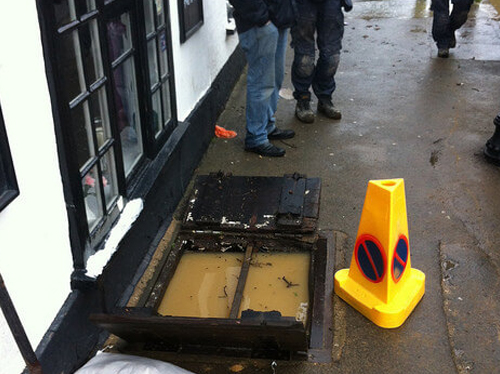 The local public house had to have their cellar pumped as it was completely filled with flood water.

If they had received alerts, defences could have been deployed earlier and a trash screen cleared of debris faster, potentially reducing the impact of the flooding. The road could also have been closed off preventing wave effect from flooding some properties.

Ruth Clifford, Clerk to Stansted Mountfitchet Parish Council, was tasked with finding out if it was possible to have a warning of flood levels rising in the Ugley Brook. “I had no idea where to start so did what most people would do and asked Google! Up came Aquaread’s name along with a few other companies. I read about your products on your website and, I think, had an e-mail conversation with a member of the team about it. Having done the same with 2 other firms, I considered that your system met our requirements.”

What impact will the system have for your town?

“Very simply, peace of mind. We will have advance warning of any likely flood situation and will be able to take action, if necessary, to close the road to traffic as it was the wave effect of traffic driving along Lower Street which pushed the water into the damaged properties.” says Ruth. who likes the fact that it is so simple and gives them what we need to know. It is inconspicuous in situ and unlikely, therefore, to be vandalised. Something that must unfortunately be considered on any deployment.

Two LeveLine-EWS were installed along Ugly Brook, one at the trash screen culvert and the second further up stream. These devices were installed by Aquaread and the flood alerts set up with help from the local residents. 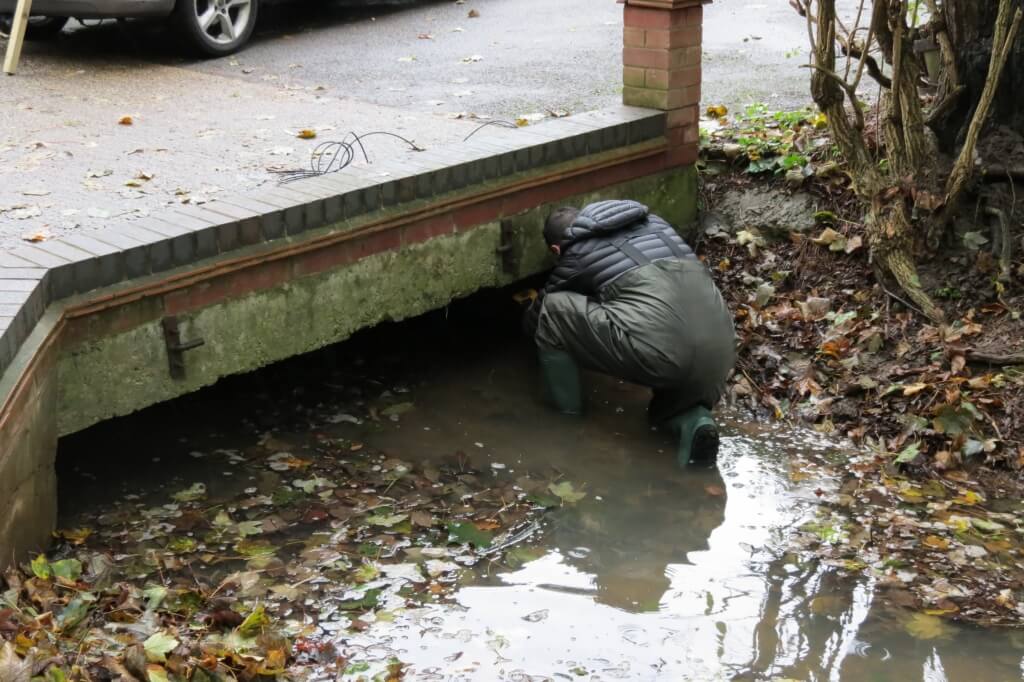 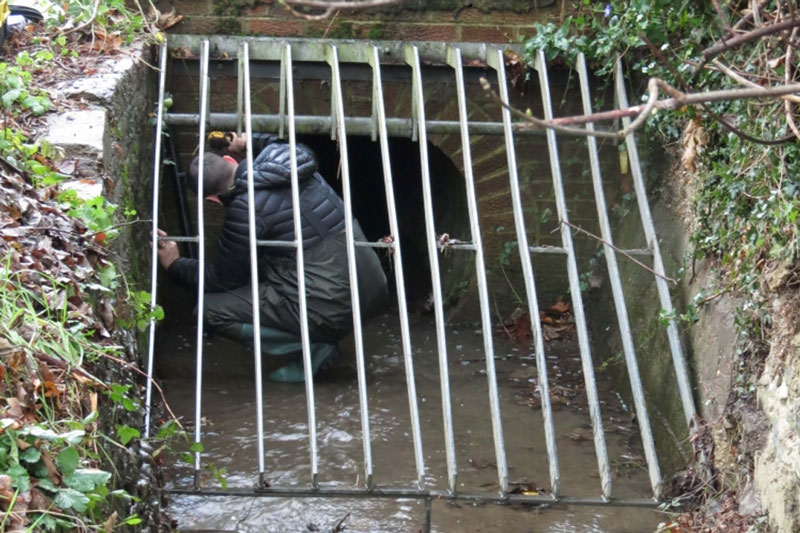 Water level sensor being installed behind the trash screen.

When asked about the conduct of the installation team Ruth had the following to say, “Well, what can I say?! You were both amazing. The culvert device was a particularly tricky installation and you went way above and beyond to install it.”

The EWS systems are unique in the way that you can interact with them, they are designed to be accessible to the whole community. Anyone with it’s phone number can text the device the word “Level” and get a reply straight away stating the level and the rate of change. This can give you peace of mind on a stormy night without the need to venture outdoors to check the local stream / river’s height.

Data is sent to the primary user once a day allowing you to store and plot the historical trends over time. Below you can see some plotted data that changes as height of the water increases and decreases. It is able to detect very small changes under 1cm. 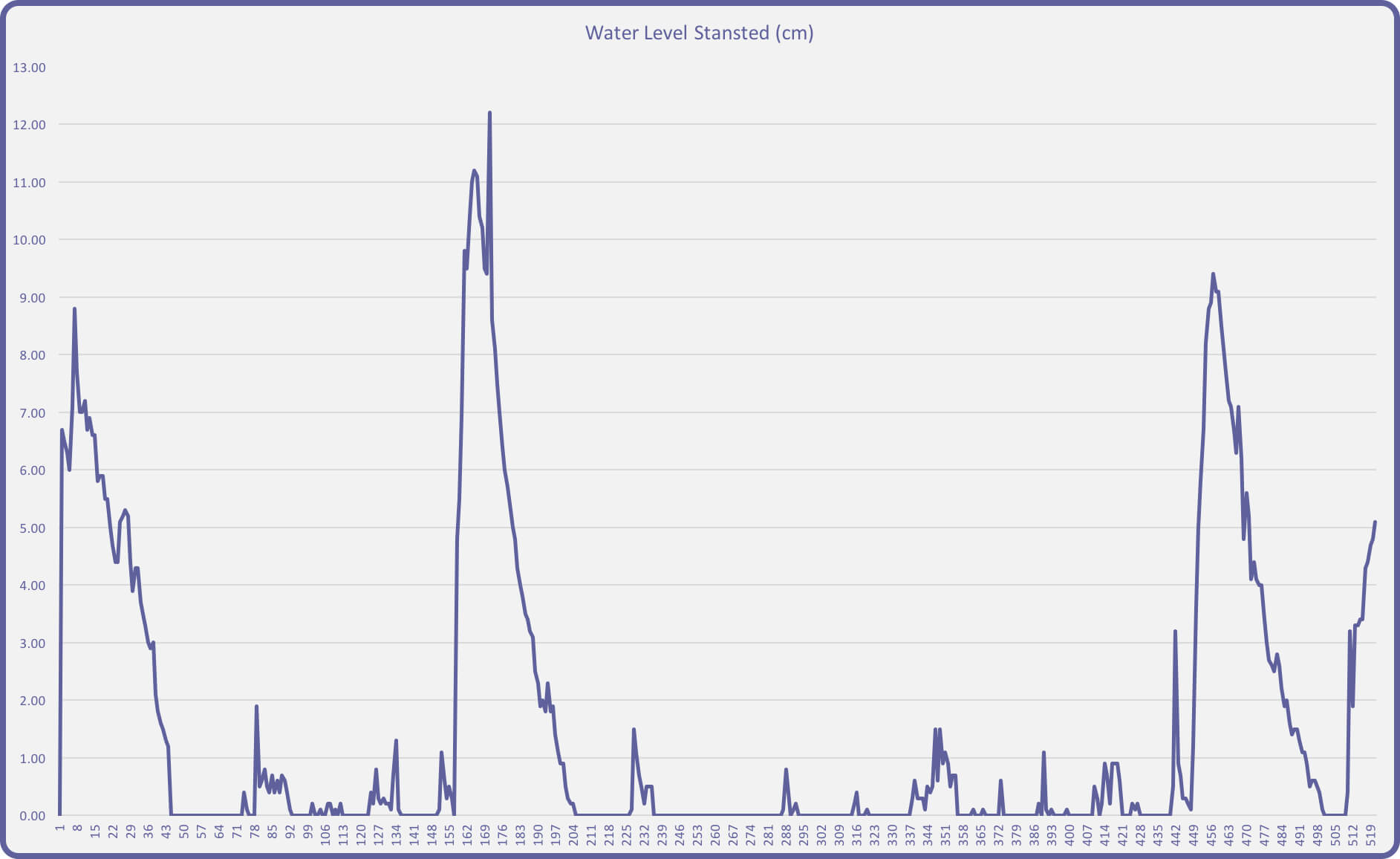 Alert levels are set at around 38cm, once the water level rises to this level all of the contacts in the system will receive the alert making them aware.

Ruth, the clerk to the Parish Council is available should you like to discuss their deployment or question the effectiveness of the system, just contact Aquaread for details.

Buy your town some extra time with the LeveLine EWS. 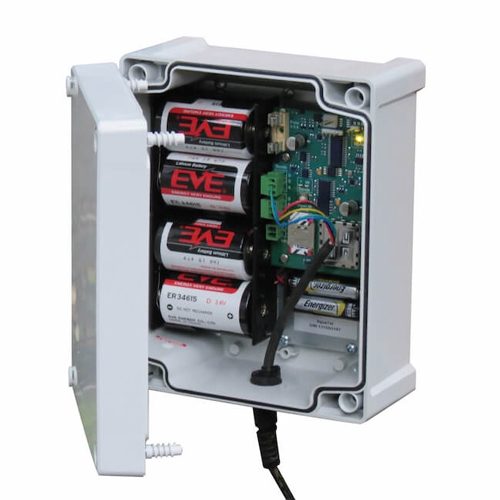 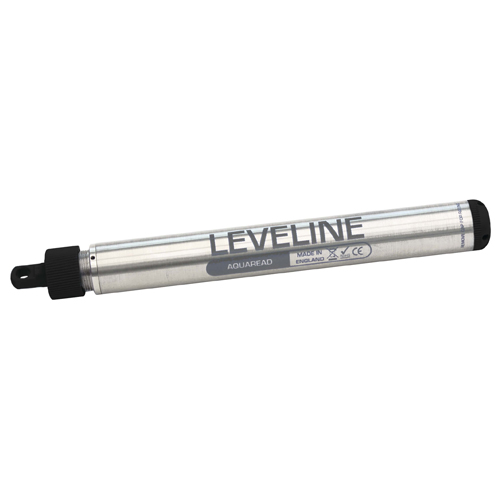 Air pressure logger for use with absolute setup. 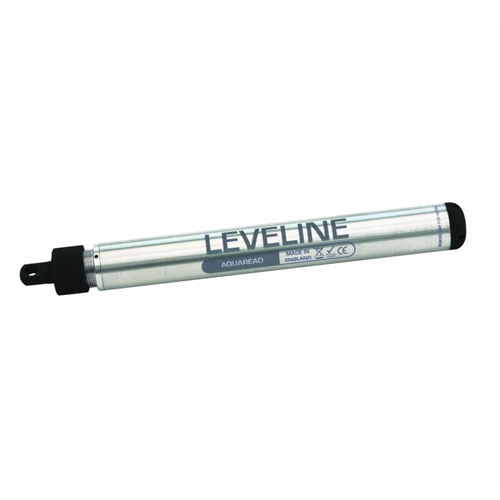 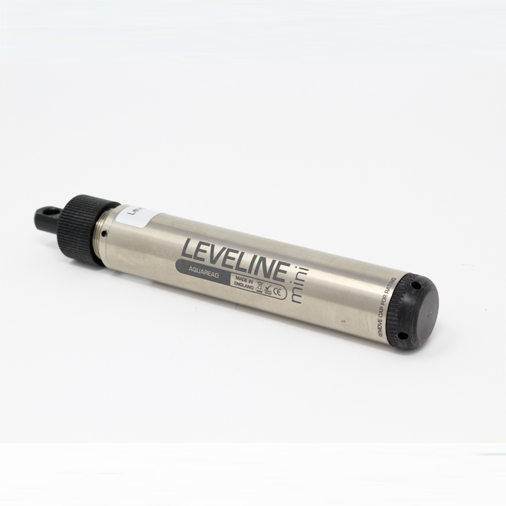 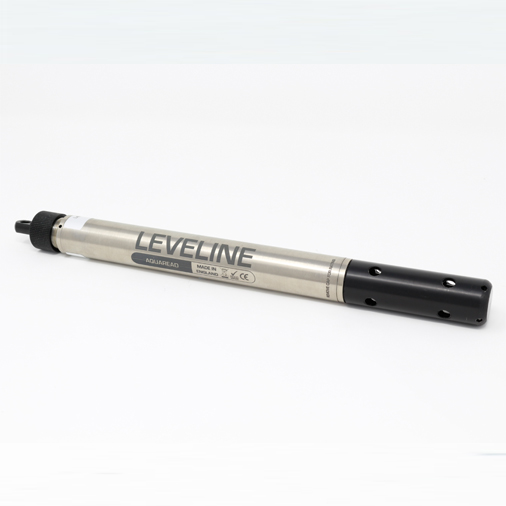 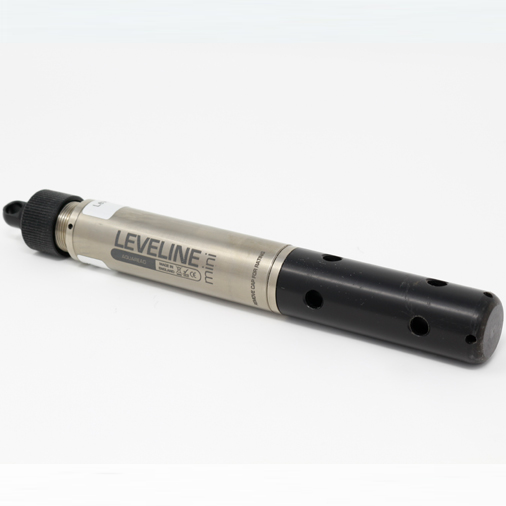 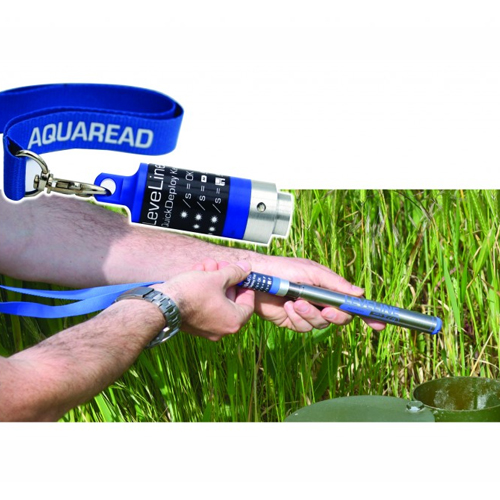 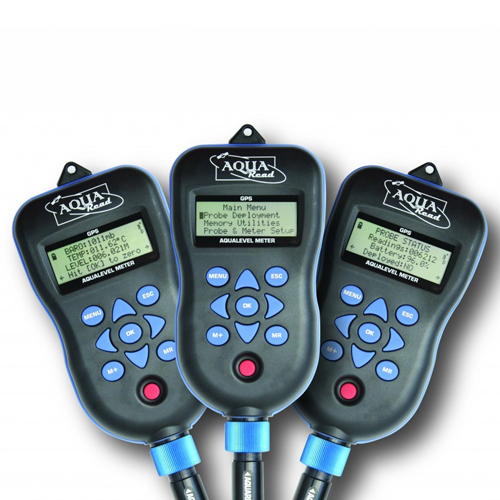