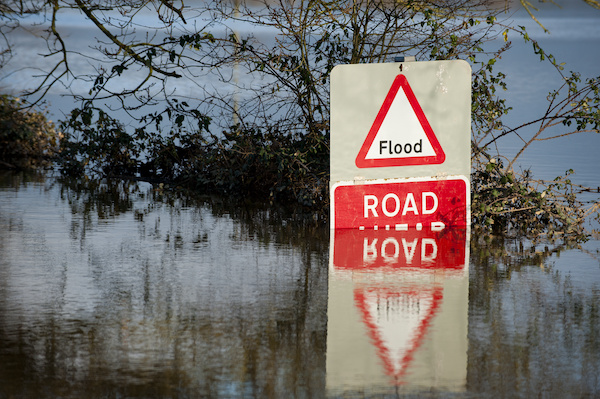 It has been a difficult few years in the UK when it comes to predicting and managing the weather. Between having the hottest June for more than 40 years, to record level floods, the rapidly changing weather has caused a myriad of issues for people living in the country – and has made predicting the weather more important than ever. With this in mind, these are the current predictions for the 2017/18 winter period. Bear in mind that these are just predictions based on current knowledge (at time of writing), and are subject to change.

Looking forward to a white Christmas? You might be in luck. There have already been snowy showers all over the UK, with more expected to come.

Some forecasters have predicted that some areas of Britain are likely to face around 4 inches of snow, and temperatures as low as -15C, and the MET office has issued weather warnings for many parts of the UK.

The BBC has predicted that, as rainfall begins to drop off towards the end of the week leading up to Christmas, many locations across the UK can expect to wake up to snow on Christmas morning.

One of the uncommonly considered aspects when it comes to mass snowfall, is the increased water flow when the snow starts to melt. This makes preparing for flooding relatively difficult as the result does not happen immediately and instead happens gradually over time.

This is something to consider when monitoring water levels during the winter.

Though many months this year experienced higher than average temperatures, experts are divided about what this means for the temperatures we should expect this winter.

2016 experienced a very mild winter by typical standards, with temperatures 1.3C above the UK average. Following patterns of previous winters, this has lead some to predict that we should expect to continue to see mild winter temperatures.

Conversely, there are a number of international weather conditions which have caused many other scientists to predict that this winter’s weather will actually be much colder than expected.

The La Niña phenomenon, which is a period of prolonged colder temperatures in the Pacific Ocean, has been declared by many scientists. This has caused speculation that this winter may be one of the coldest on record, and that the UK could face the coldest February for several years.

According to Professor Adam Scaife, the head of monthly to decadal prediction at the Met Office: “During El Niño, temperatures in the equatorial Pacific can warm by as much as 3°C. La Niña tends to be smaller and rarely exceeds 2°C, but its effects reach across the globe and can have just as much impact.

“As well as its regional effects, La Niña can cause a temporary cooling of global temperatures.”

Additionally, other factors including quasi-biennial oscillation and North Atlantic Oscillation have caused a number of scientists to predict that colder periods are much more likely.

If you want to find out more about La Niña, then visit the dedicated page by Met Office.

With the increase of snow, and higher rainfall, there is also an increased chance of flooding and flood risk overall.

The Met’s new supercomputer predicted that this year is likely to see unprecedented winter rainfall, expected to beat previous records by up to 30%. This increased rainfall might actually be a good thing for the country long term, as water companies are already worried about low levels of water reservoirs – and are anticipating a hose pipe ban in 2018.

If this winter is as white as experts predict then this could lead to flooding as the snow begins to thaw. If you are worried that you live in a flood risk area, you should check your likelihood of flooding on the Government website.

Though the weather in the UK is almost characteristically difficult to predict, it looks like the UK is set for a particularly snowy Christmas. With high snowfall and potential rainfall predicted, it is especially important to research the local impact that weather conditions can have. During the winter months, flooding causes notably high amounts of damage to properties over the UK, so proper preparation for these kinds of events really can go along way.

Take a look at our guide for advice on how to protect your home.